As with the previous session, the progression from the current spot in the adventure is fairly straight-forward, though I do have some unexpected environmental issues to factor in thanks to my relocation of the adventure to Quopist & the built-in factors there, specifically the crazy low Gravity – Eddy’s player has a physics degree & when his PC was KO’ed early on, he started doing the calculations; he determined that Quopist should have .12G … which is crazy.

Anyway, operating on the presumption that the PCs continue pursuing the whole “missing guard” guy, they’re eventually going to encounter more of the oasis children as well as the oasis mother itself. Now having engaged the children already & having seen what they’re capable of, the PCs aren’t likely to be especially concerned about them … nor should they, really. I mean, Buck is in space armor so these things can’t do anything to him but maybe gang-tackle him. Noting that, I want to make the encounter more … interesting, so I turned to Mass Effect. Specifically… 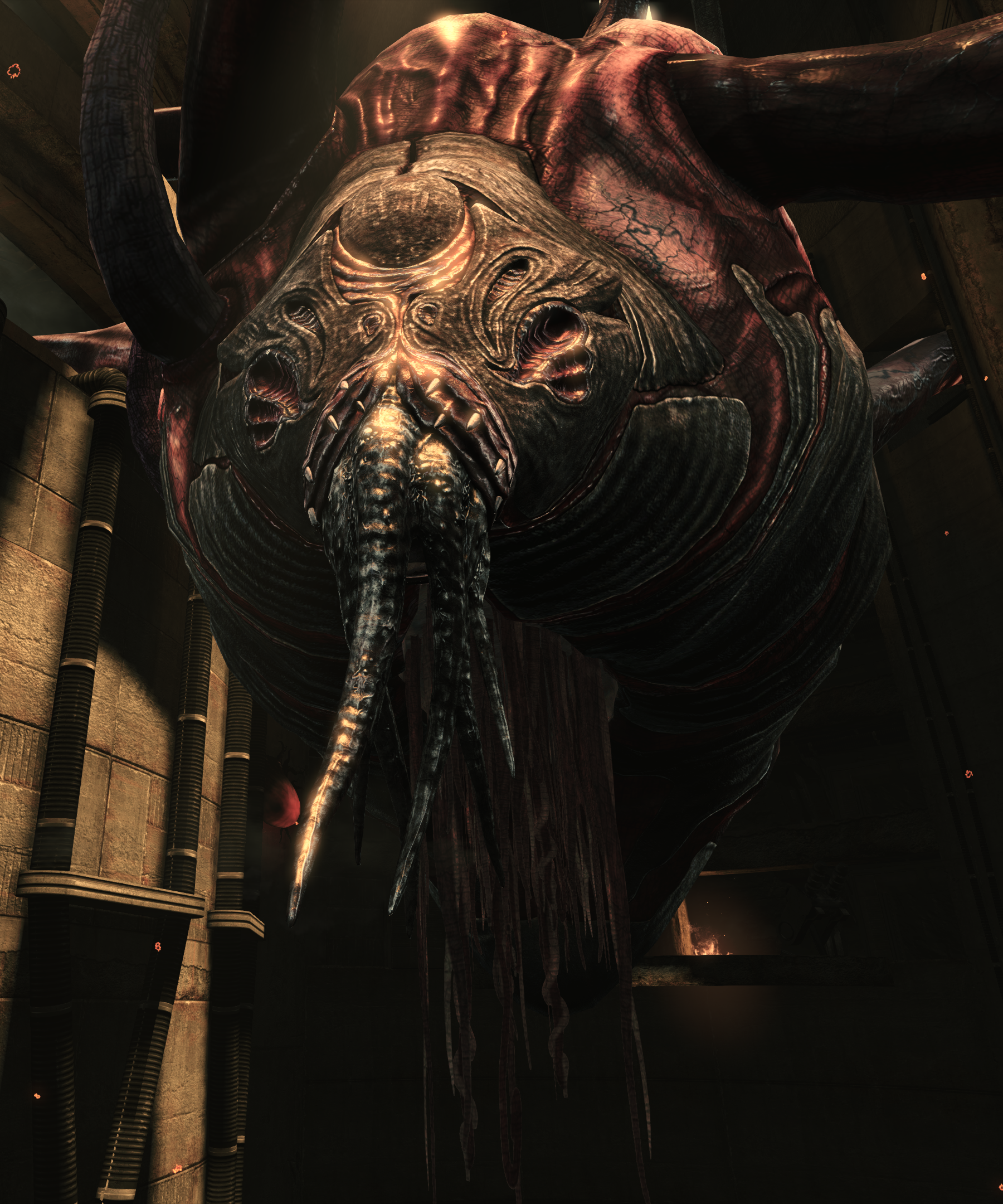 Yeah. The freaking Thorian. I sort of like the idea (if I can manage it) of having the PCs be zerg rushed by the children who are just a minor inconvenience at this point, but they could theoretically overwhelm the PCs simply by numbers. Ideally, I’m leaning toward emulating the Thorian in a handful of ways – not only are the ‘children’ essentially mindless, but I can have the Mother sort of suspended over a mostly underground river via anchor points that the PCs can dislodge through copious amounts of firepower or explosives. Say … four major anchor points but they need to destroy three of them before the sheer weight of the oasis mother causes it to go down.

This necessitates the PCs needing to go down somewhat, so I need to remember to describe the terrain as becoming rockier. I’m currently thinking that if they detect some residual heat traces (perhaps indicative of the person they’re trying to recover), that’ll be enough to lead them to the encounter site. The real bitch of this is going to be finding a wholly appropriate battle map for Fantasy Grounds. What I need to do is find a way to speed this entire encounter up so the PCs are forced to run.

Hmm. It occurs to me that what I could actually do is have this take place in and around an inactive or long dormant volcano so there could be many lava tubes that can serve for the in and out. Begs the question – is the lava still there? What benefit does the Mother get from having a lair here? Regardless, if the volcano is dormant, then actions by the PCs could theoretically cause it to erupt (or at least consume the Mother in pipping hot lava.) And fleeing from a lava eruption, no matter how small, certainly makes for exciting times.

Oh … it just occurred to me that Sae declared he was reloading with his AP-HEX explosive rounds and that could trigger the lava flow. Yeah. I’m liking this idea immensely.

From that point, after they escape this mess, the likely scenario is:

Still, I’ll be surprised if we get back to the caravan by session’s end.